Werner Voss was a World War I German flying ace credited with 48 aerial victories. A dyer’s son from Krefeld, he was a patriotic young man even while still in school. He began his military career in November 1914 as a 17‑year‑old Hussar. After turning to aviation, he proved to be a natural pilot. After flight school and six months in a bomber unit, he joined a newly formed fighter squadron, Jagdstaffel 2 on 21 November 1916. There he befriended Manfred von Richthofen.

By 6 April 1917, Voss had scored 24 victories and awarded Germany’s highest award, the Pour le Mérite. The medal’s mandatory month’s leave removed Voss from the battlefield during Bloody April; in his absence, Richthofen scored 13 victories. Nevertheless, Richthofen regarded Voss as his only possible rival as top scoring ace of the war.

Soon after Voss returned from leave, he was at odds with his squadron commander. He was detailed from his squadron to evaluate new fighter aircraft and became enthusiastic about the Fokker Triplane. After transferring through three temporary squadron commands in two months, Voss was given command of Jagdstaffel 10 on 30 July 1917 at Richthofen’s request. By now, his victory total was 34.

His last stand came on 23 September 1917, just hours after his 48th victory. After he fell in solo opposition to eight British aces, he was described by his preeminent foe, James McCudden, as “the bravest German airman” (Wikipedia) 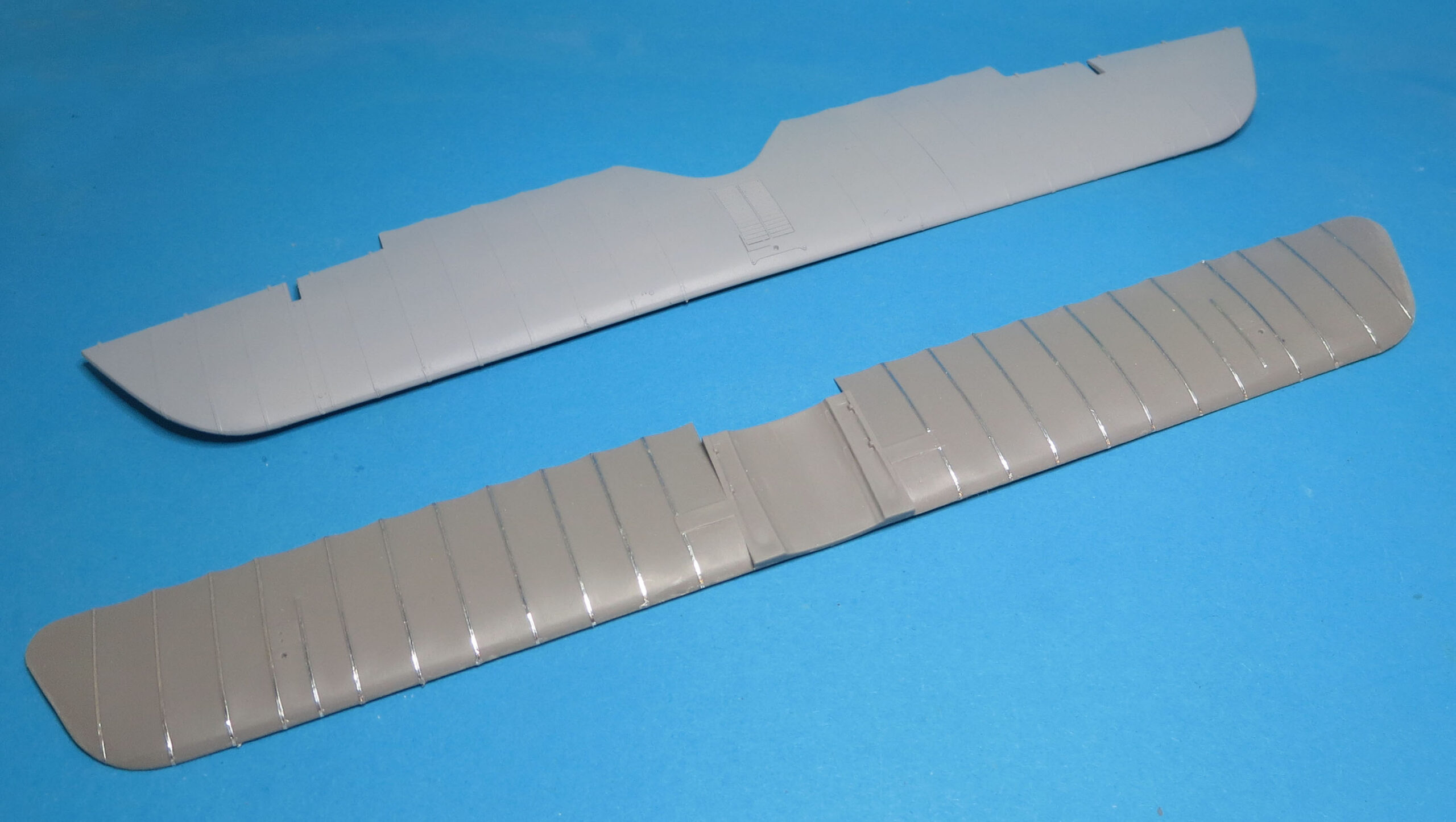 The rib tapes are made from self adhesive aluminum insulation tape. Approx 0,8 mm strips are cut avoiding to cut the backing paper. When mounted the ‘ends’ are fixed with a little CA to prevent the tape from loosening again. I’ve have been using ordinary Tamiya masking tape before for rib tape, but this is a bit easier to work with and the result is a little more subtle. 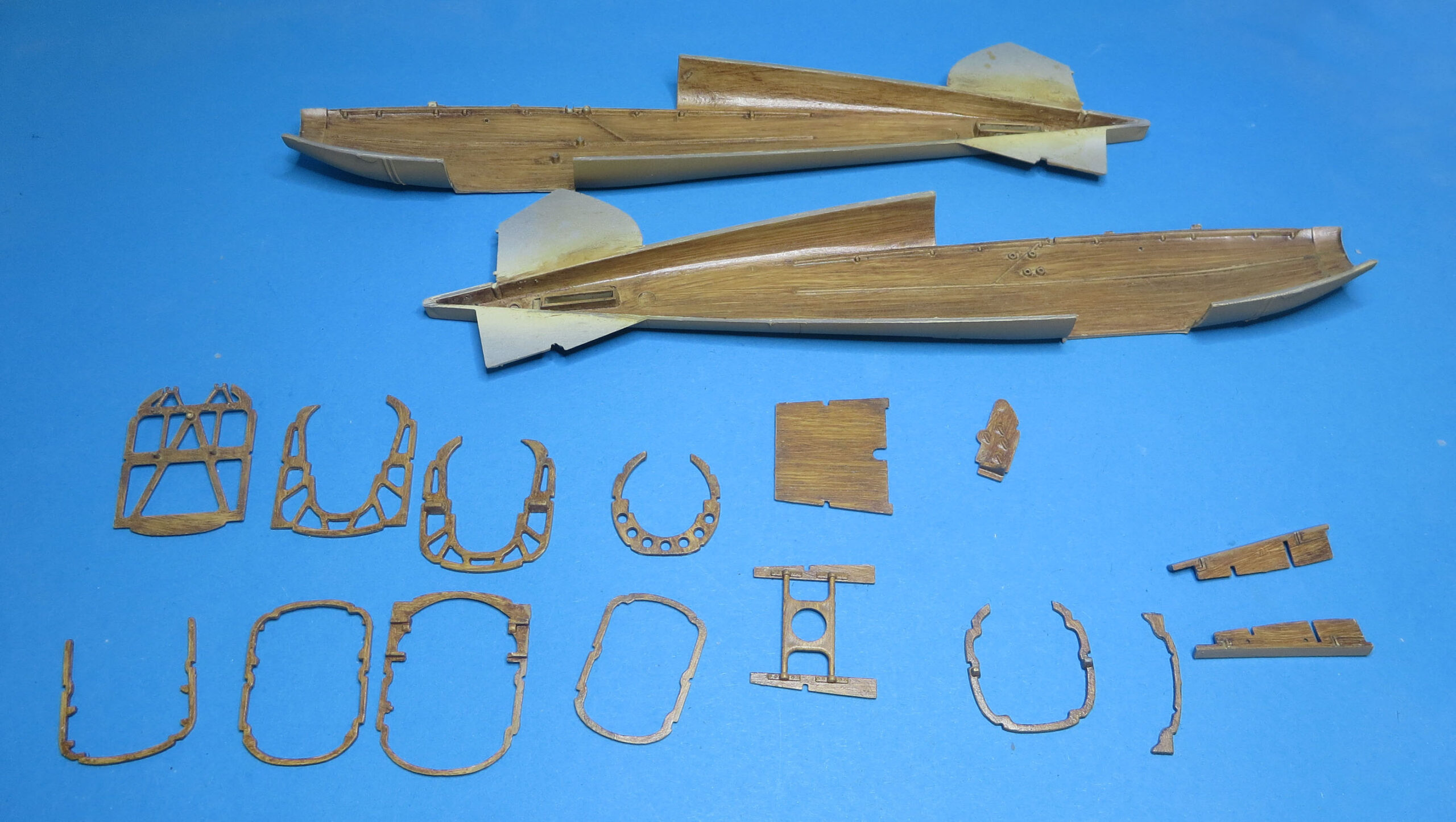 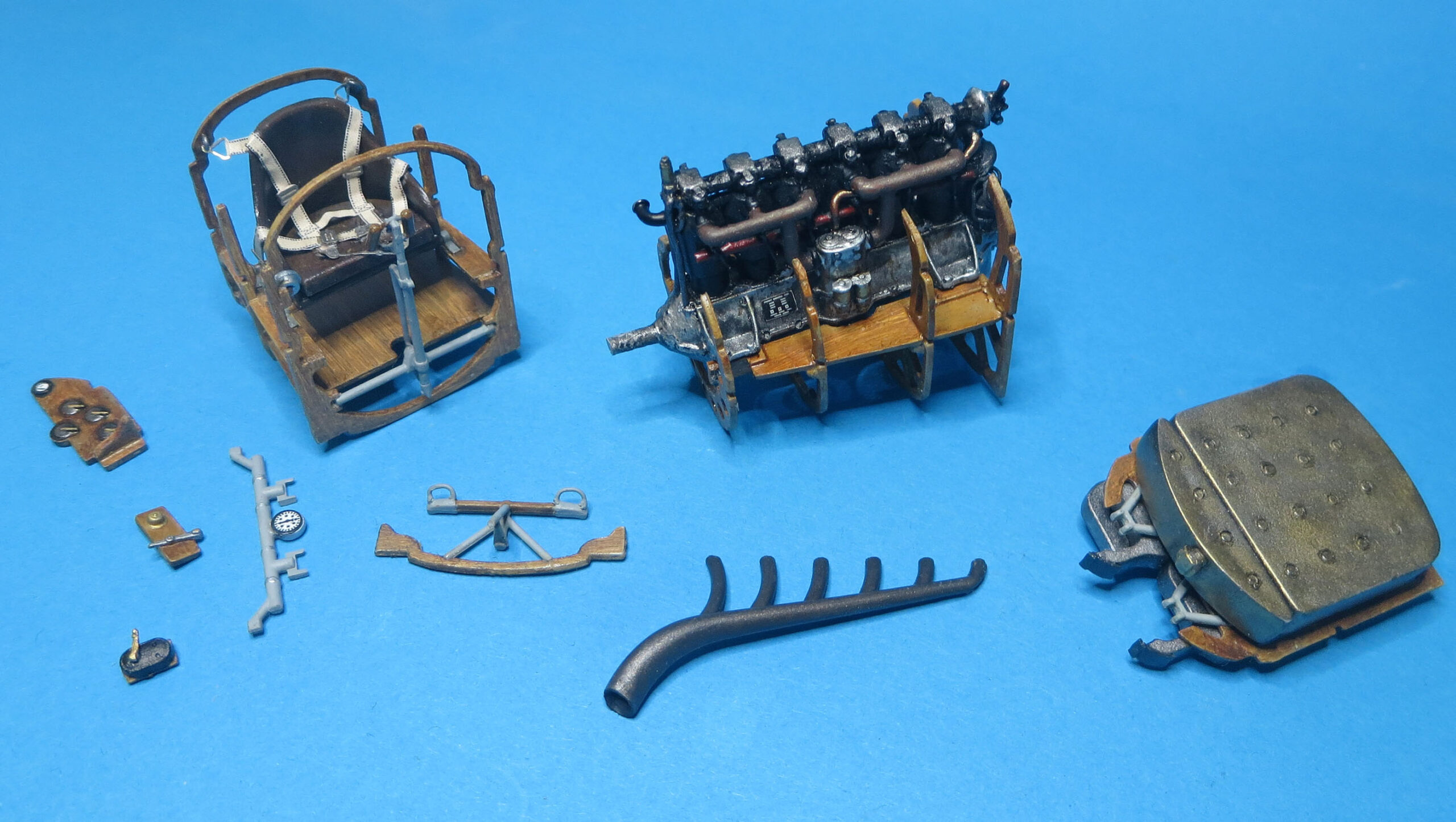 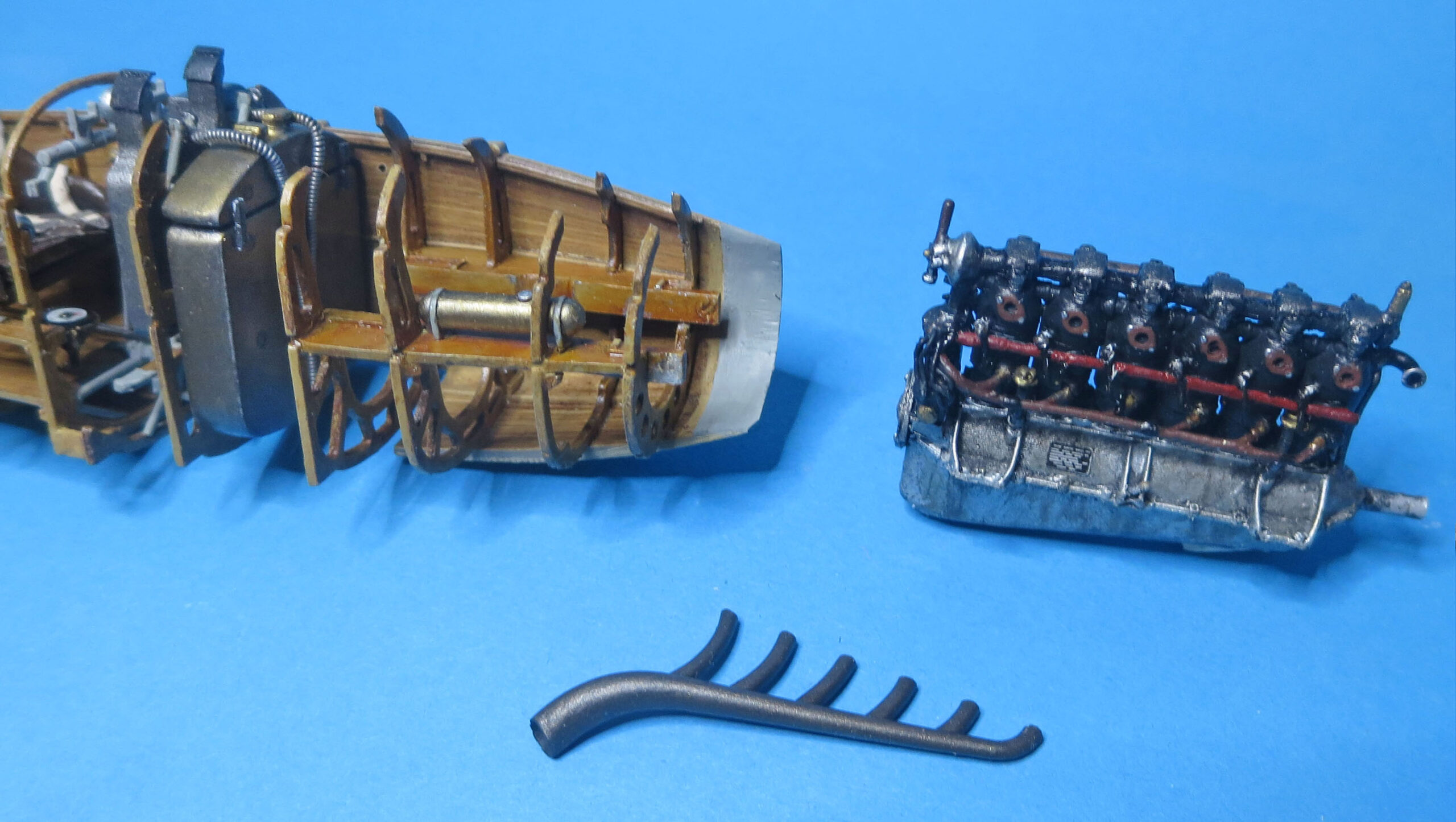 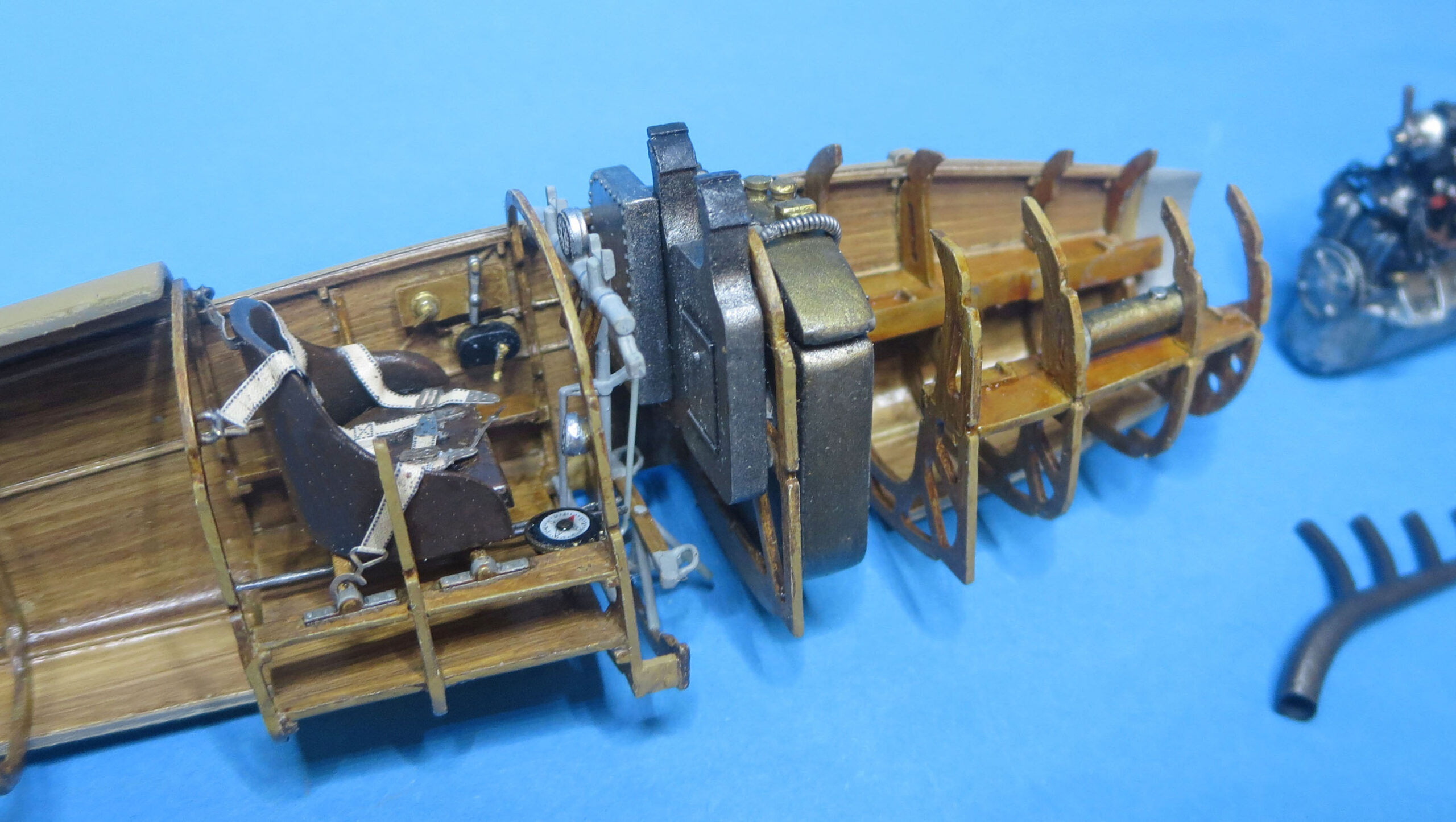 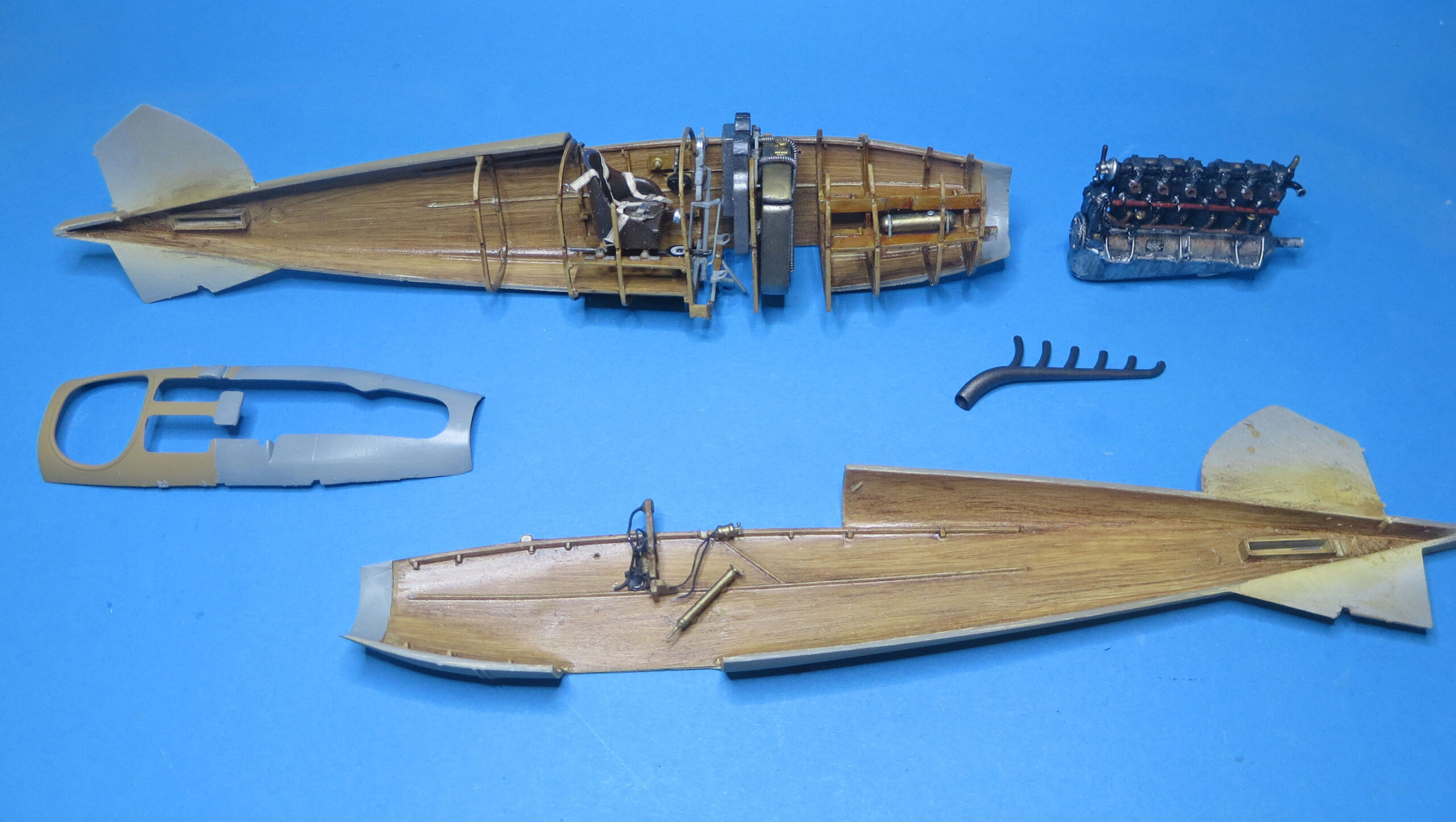 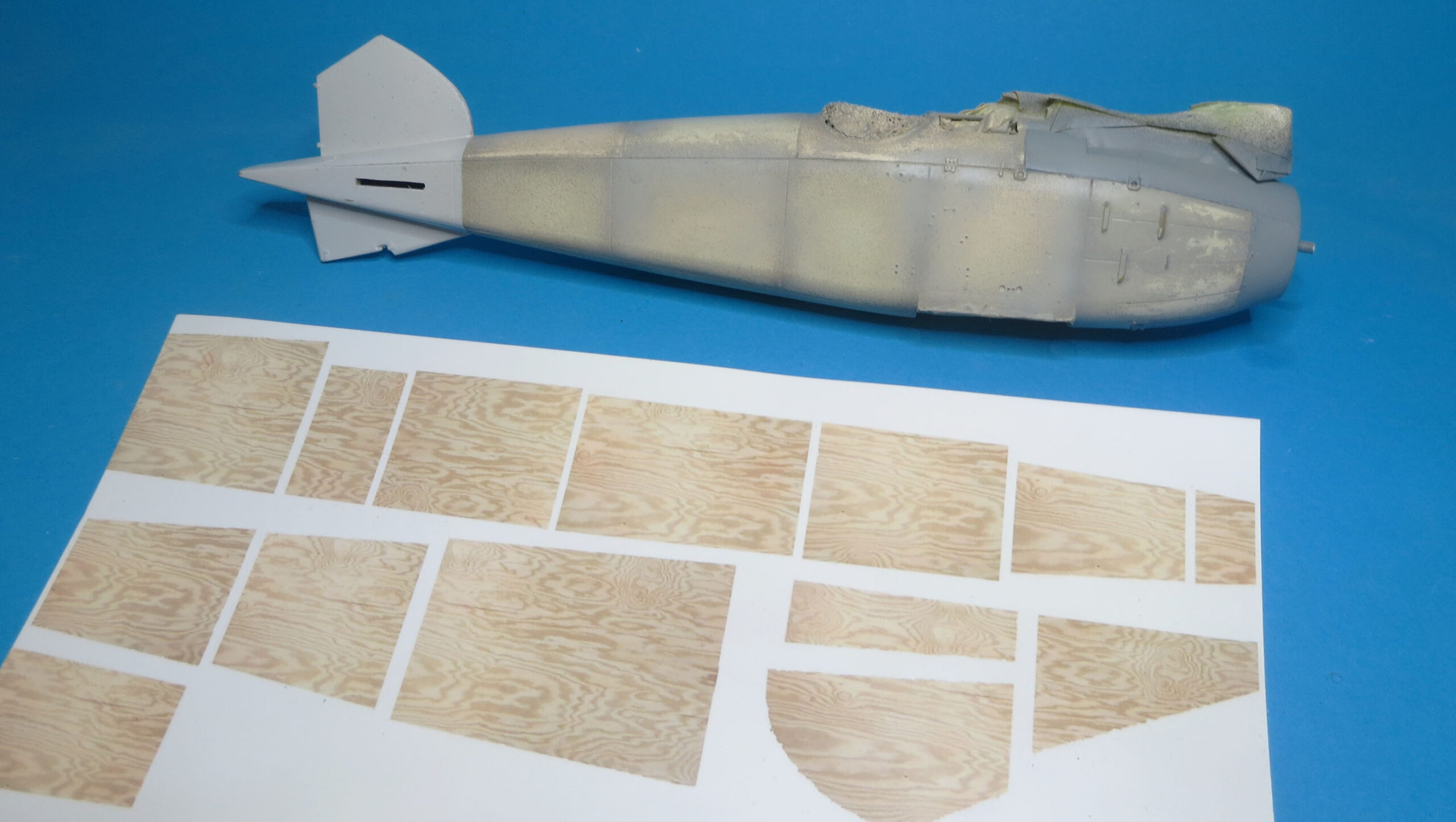 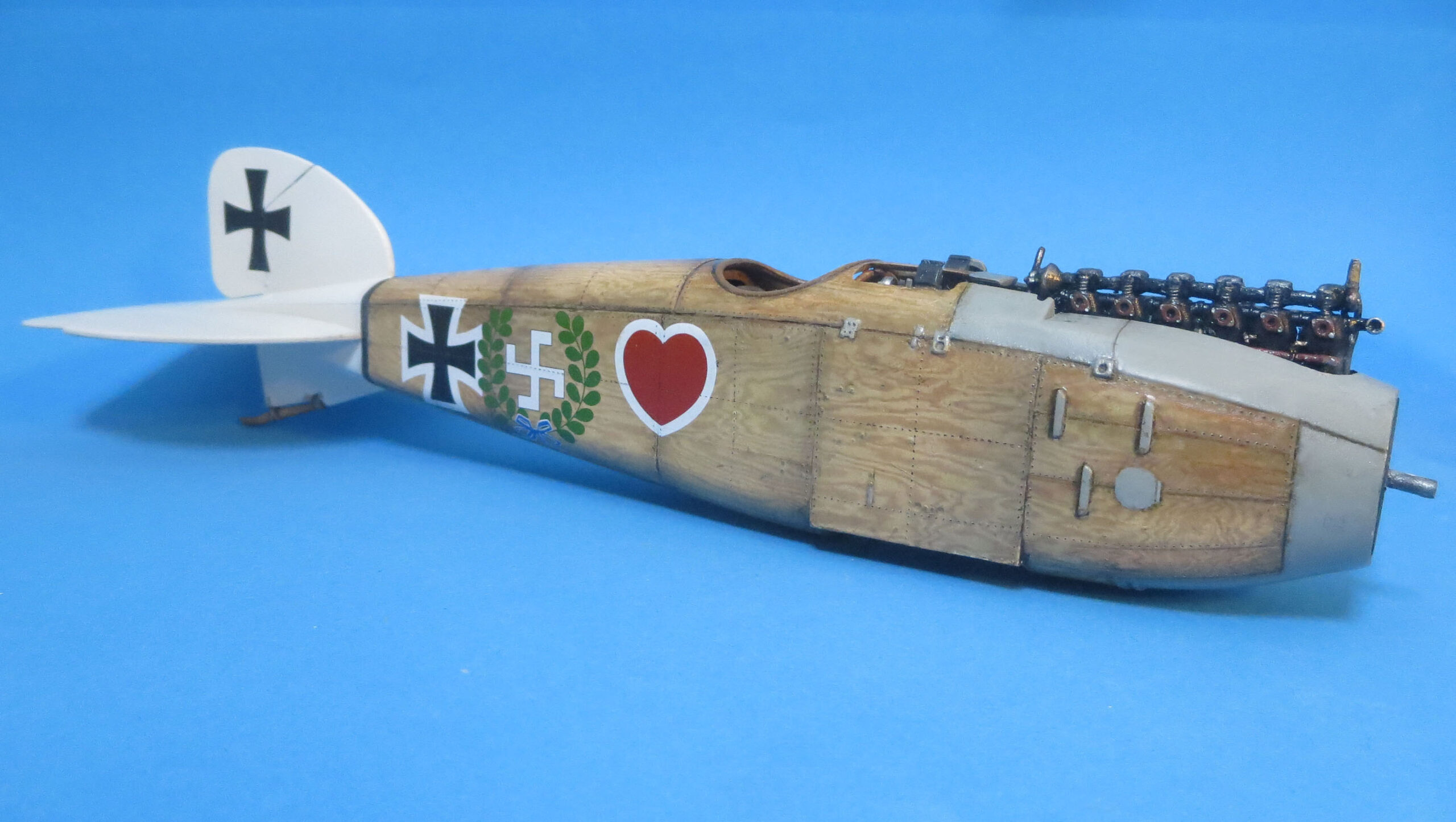 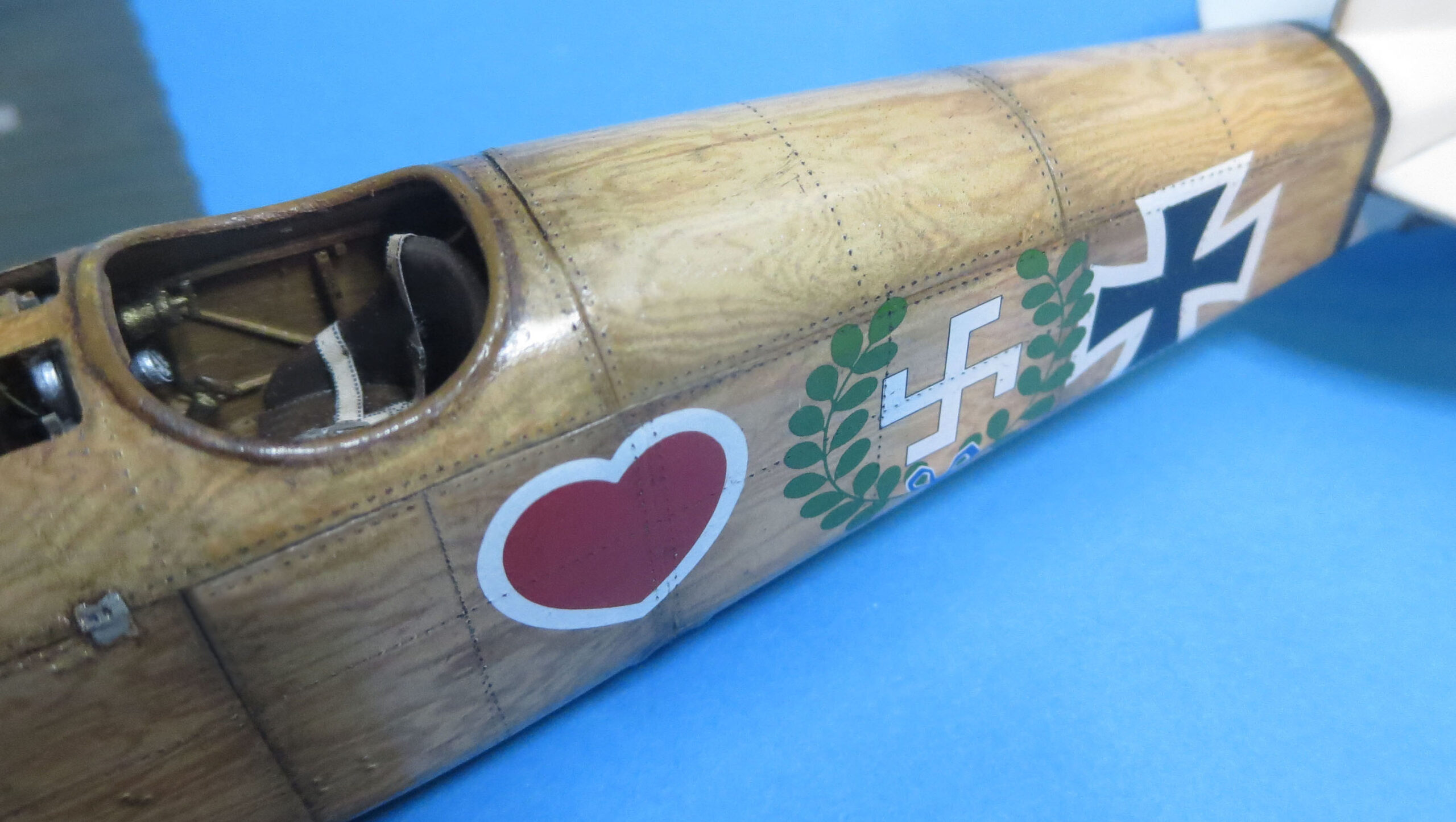 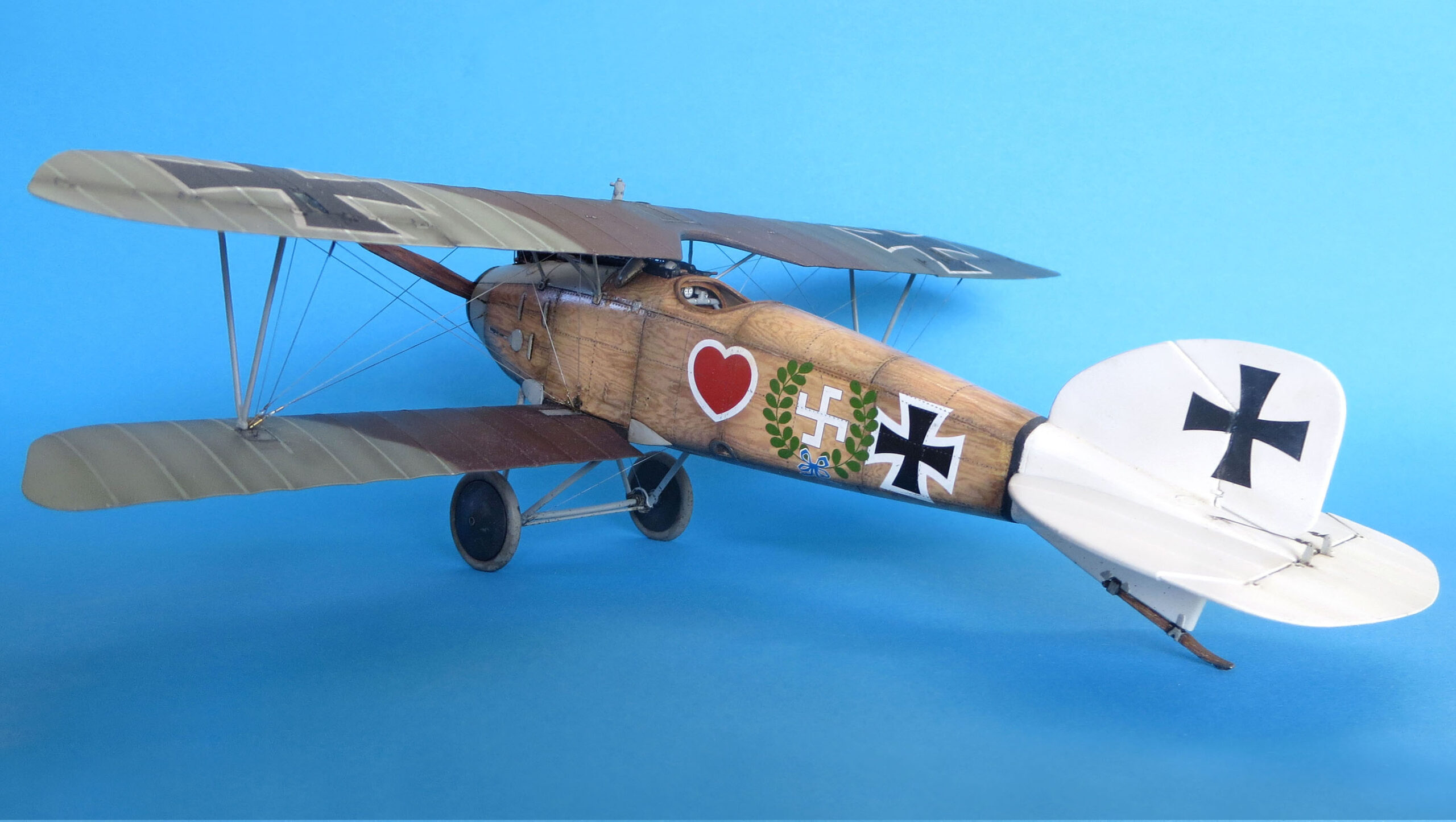 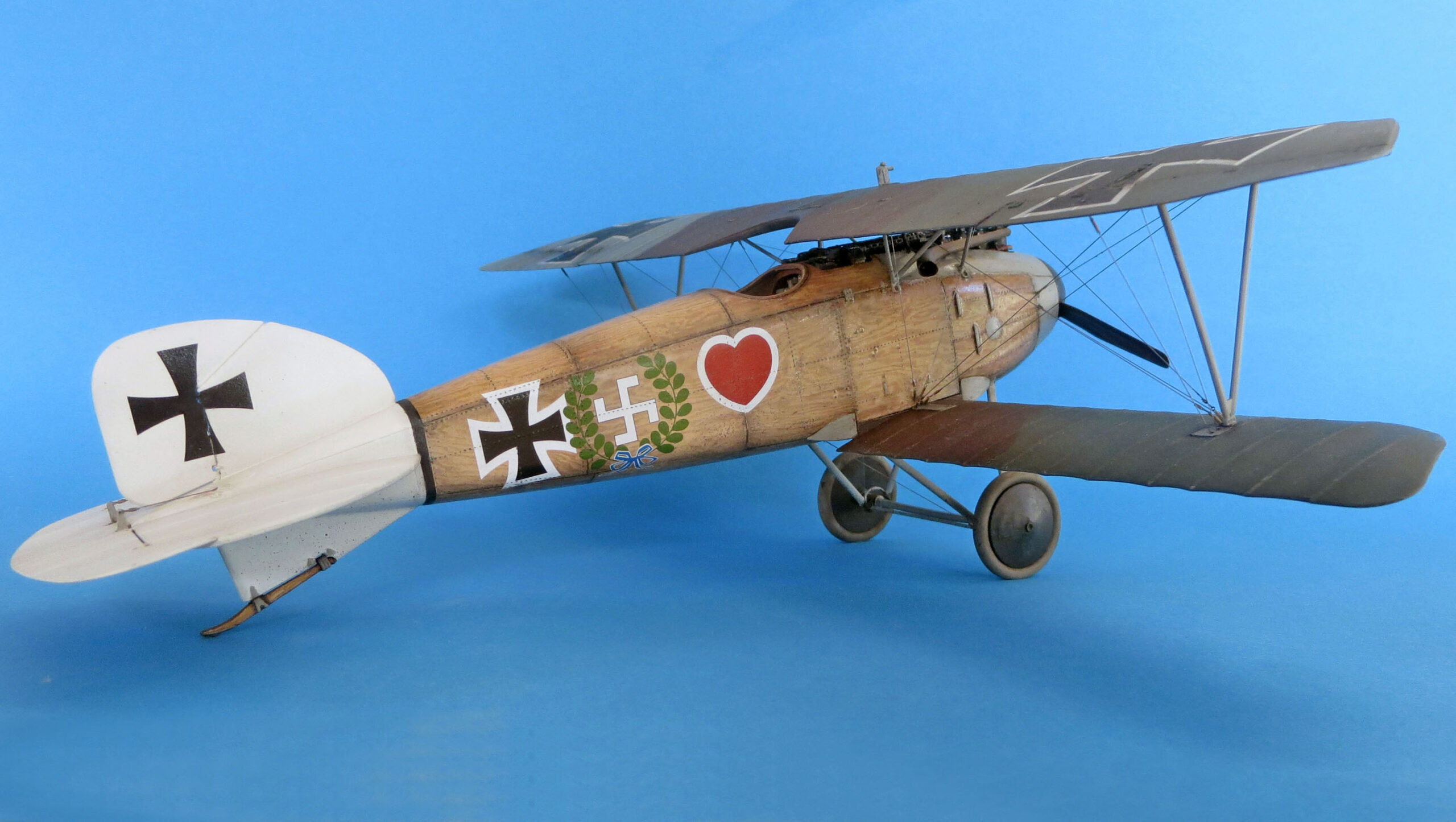 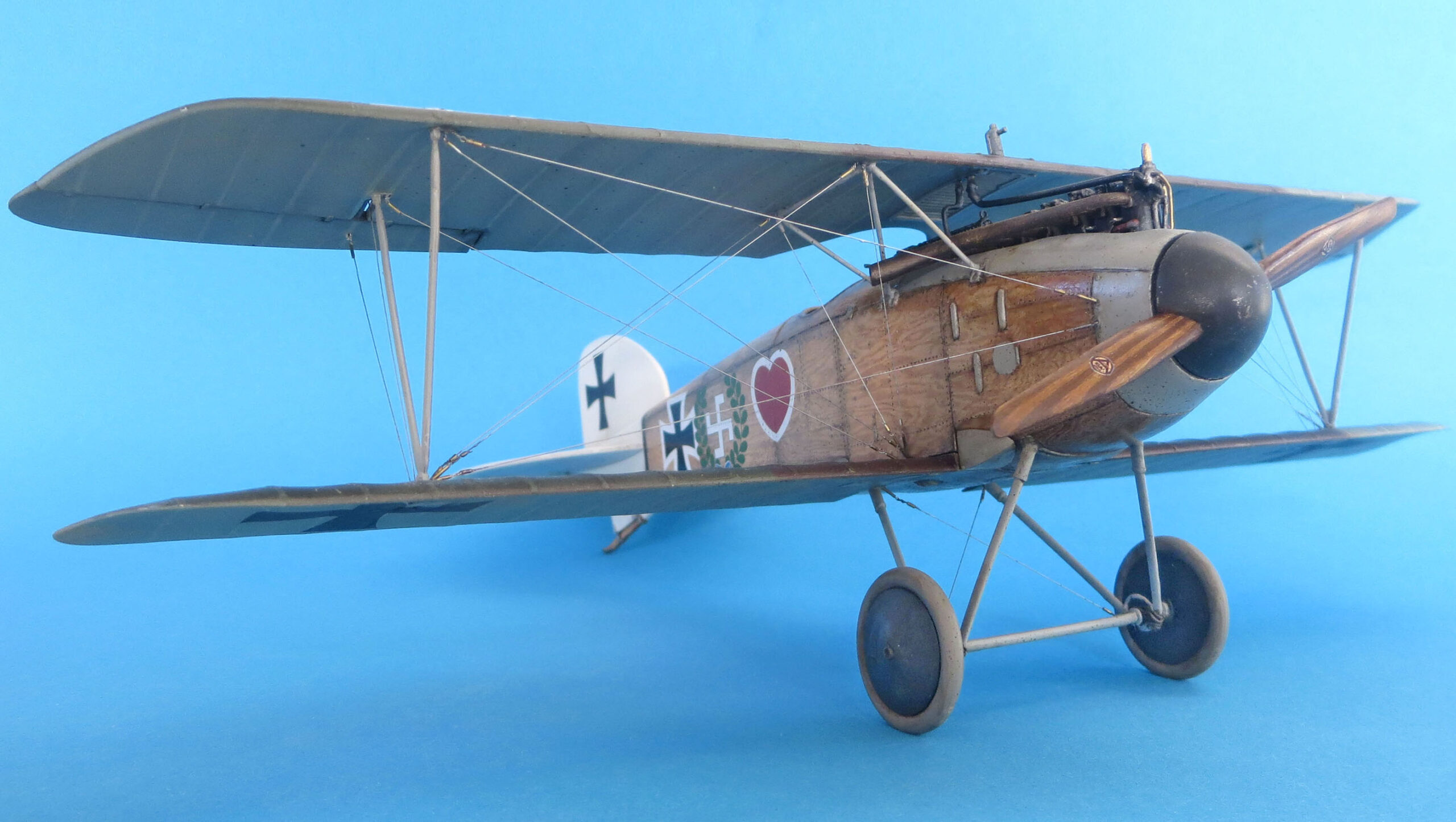